We have a stunning new coppermine theme by MPE Creatives

I have added HD screencaps from episode 10, Riverdale will be back on the 7th of July!


Madelaine has posted a new video of her playing Minecraft!


I have added HD screencaps from episode 9! 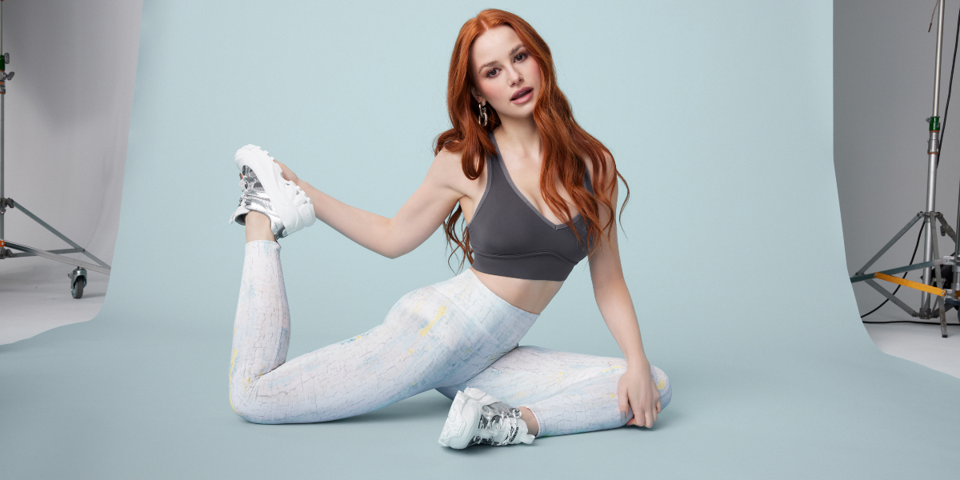 She might be best known to many as the fiery redhead “Cheryl Blossom” on the hit television series Riverdale, but Madelaine Petsch is quickly molding her own successful path in entertainment, fashion and beyond. To better understand where Madelaine is going next, it will be helpful to understand how she got to this exciting moment in her career.

“I feel very lucky because I was raised between America and a third-world country, so I was able to see poverty at such a young age,” Madelaine tells Forbes regarding her South African family background, though she was born and raised just outside of Seattle in Port Orchard. “In Washington state, there’s not a lot of homeless people, so I was pretty sheltered. When I went back to Africa to see my family and I really saw poverty at a young age, I was able to be so much more appreciative and grateful for what I had and my parents made sure to instill that in me.”

Madelaine was born with creativity in her genes. Her parents were in a band together and Madelaine recalls having a recording studio in their house. She also says her parents encouraged her and her brother to propel themselves fully into the arts. When Madelaine turned three, her parents put her in dance classes and by five, she was taking part in community theatre. “The feeling that I felt performing was unlike anything I had ever felt in my life and I kind of just knew that was what I was meant to be doing,” Madelaine continues. “I was lucky enough to have parents who believed in the arts and wanted to see me succeed in them and basically put all of their free time and mine into working towards my goals.”

In the midst of her teenage years, Madelaine enrolled in an arts high school 45 minutes away from home, where she majored in dance and theatre. After graduating, Madelaine says she set her sights on Los Angeles and moved there, determined to make her dreams a reality.

In 2016, Madelaine caught her big break starring on Riverdale as “Cheryl Blossom,” which continues to air new episodes on Wednesdays on The CW, since premiering on television in January 2017. Now five seasons into the drama series that recently experienced a seven-year time jump on the show (which Madelaine calls an “interesting” decision), bringing the characters from 18-year-old high school graduates to now 25-year-old young professionals. Even with the new changes, Madelaine knows which moment she continues to cherish most from her Riverdale character thus far. “The most rewarding storyline has been ‘Cheryl’ coming out as a lesbian because it is your dream as an actor, as an artist, to have people feel so passionately and so connected to your character that it actually affects their real lives,” Madelaine expresses. “The amount of people who watched my character come out on television and felt the courage and the strength from watching that to come out to their friends & family has been amazing.”

Read more at the source.


March 25th, 2021
By: Vicki  /  Comments Off on ‘Riverdale’ Star Madelaine Petsch Is Proving That Business Success And Authenticity On Social Media Can Exist  /   Share:


I tried to upload a video but it keeps getting blocked so heres a video and I have made screencaptures from her appearance!

Please donate to help with the site, this would go towards hosting, domain renewals, pictures and more! All donations are appreciated and will feature on a credits page! DONATE HERE

Riverdale (2017-2021)
Madelaine as Cheryl Blossom.
Crime/Drama/Mystery
While navigating the troubled waters of romance, school and family, Archie and his gang become entangled in dark Riverdale mysteries.

Nightwalkers (2021)
Madelaine as N/A.
Drama
An allegory about shame and addiction. It is a poetic sci-fi depiction of alienation, melancholy and existential identity.

The Express (????)
Madelaine as Lucy.
Western
Never before told Western taking place during the Pony Express in 1861 with an unflinching portrait of the beleaguered American Indians. At the center of the story is the profound relationship forged between the main character and the leader of a band of Paiutes.

Clare At 16 (2021)
Madelaine as Clare Bleecker.
Comedy/Horror/Thriller
Clare Bleecker is an average Catholic high school student who lives with her grandparents after being orphaned. She seems normal, but Clare will do whatever it takes to protect loved ones when confronted by the evil she faces in her small town..

Archie is caught off guard when his former Army general shows up with some unexpected news; Jughead's unconventional way to get through a case of writer's block causes Tabitha to be concerned for his safety.
Airs on the 31st March 2021 on the CW at 8pm.

Are you a frequent visitor to the site? Have any photos, captures, etc that you see missing in our gallery that you would like to donate to the site? If so, feel free to send them to us. If you would rather donate media or videos, that is welcome as well! Remember to include how you would like credited in the email along with the donation. What can you donate? - Event/Appearances - Magazine Scans - Photoshoots - Screencaptures --Candid photo donations are not accepted. We are a paparazzi free site. Please end donations to madelainepetschnet@gmail.com Please include how you would like to be credited

© 2021 Madelaine Petsch Online is 100% paparazzi free and a non-profit fansite. All graphics and original content are being used under the Fair Copyright Law 107 and belong to https://madelainepetsch.net. Other images and text belong to their respective owners. No copyright infringement intended. This is an unofficial fansite.

© 2021 Madelaine Petsch Online    Designed & Coded by MauuZeta.Com    Hosted by Host4Fans    Privacy Policy    Our Privacy Policy    DMCA    Terms Of Service    go to top    Powered By Wordpress
© 2021 Madelaine Petsch Online is 100% paparazzi free and a non-profit fansite. All graphics and original content are being used under the Fair Copyright Law 107 and belong to https://madelainepetsch.net. Other images and text belong to their respective owners. No copyright infringement intended. This is an unofficial fansite.

You can find out more about which cookies we are using or switch them off in settings.

This website uses cookies so that we can provide you with the best user experience possible. Cookie information is stored in your browser and performs functions such as recognising you when you return to our website and helping our team to understand which sections of the website you find most interesting and useful.

Strictly Necessary Cookie should be enabled at all times so that we can save your preferences for cookie settings.

If you disable this cookie, we will not be able to save your preferences. This means that every time you visit this website you will need to enable or disable cookies again.